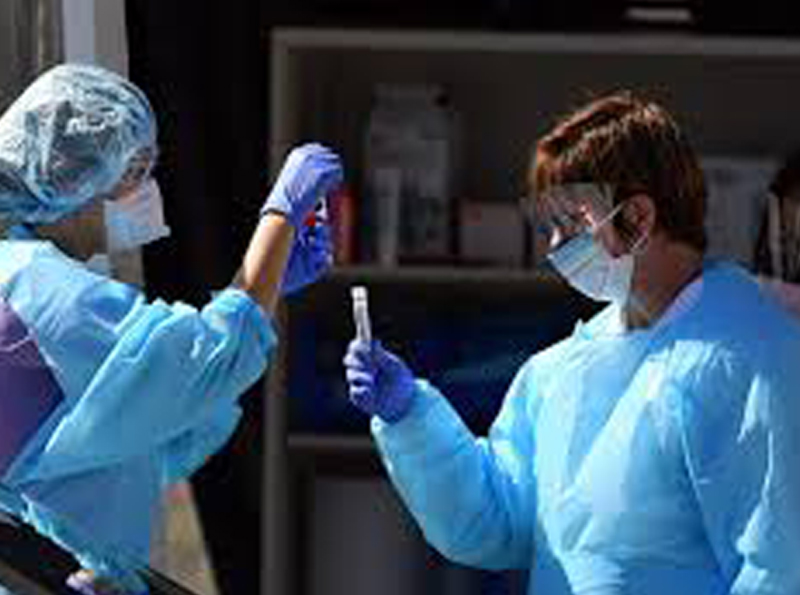 March 26, 2020, marked the day from which the United States officially began to see more coronavirus cases than anywhere in the world, surpassing China and Italy. This disaster in the making was, unfortunately, predictable. It was a train wreck waiting to happen.

Since the beginning of the outbreak of the COVID-19 pandemic, Americans have been listening to U.S. President Donald Trump deny and downplay the seriousness of the virus. Despite what had been witnessed in China, later in Italy and then globally with regards to the acute graveness of the virus, the strategy of the U.S. government has been to dilute the importance of a proactive strategy seeing that the virus has begun to spread. The White House was warned that the U.S. would be hit hard, but since Americans are currently governed by science-deniers who even believe the threat of climate change is a “Chinese hoax,” COVID-19 was brushed off as something similar.

Whether Trump’s downplaying of the crisis as “not that serious, we can handle it,” his fueling of propaganda showcasing a Chinese conspiracy to undermine the U.S. economy or his flat out lie that it is an evil plot by the opposition Democratic Party to create unnecessary setbacks to his presidency in an election year, Americans have heard it all. Government officials, the media and even some experts assured Americans that they had nothing to fear, allowing the virus to proliferate until it was much too significant to ignore any longer. The health factors alone resulted in inevitable substantial hits to the economy.

Trump has stripped public health agencies of resources, funding, staffing and – in his usual manner of misinforming the public on Twitter and press conferences – added fuel to the fire. The worsening situation comes as Trump has expressed eagerness to ease measures in recent times to reopen businesses as soon as Easter, clearly focusing more on his reelection than on human lives. Fortunately, he is faced with opposition from the governors of individual states, who do actually rely on and understand scientific and medical data.

A factor to remember is that the spike in cases in the United States also comes with an improvement in testing. The country is now better able to identify cases that were previously undetected. However, this does not in any way justify the lack of information provided by the authorities on testing and costs until recently.

Even today, as the U.S. has been declared the country with the highest number of coronavirus cases, there seems to be a lax attitude about the gravity of the pandemic. We have seen no official lockdowns, nor even the bare minimum of temperature checks before entering public spaces and a great number of businesses, which may be considered nonessential, are still open. We are not seeing a massive effort from local authorities to sanitize and sterilize public venues. Furthermore, there seems to be a general sentiment that the initial “stay at home” messaging campaigns, which are in no way as stringent as lockdowns, announced by authorities as going into effect for 15 days will somehow miraculously make everything go back to normal.

Countries that have successfully managed to limit and decrease the spread of the virus, such as Singapore, Hong Kong, Japan and South Korea, have all adopted strict measures, ones which the U.S., in its underestimation of the seriousness of the pandemic, has not enacted.

In the last few days, the U.S. Senate and Treasury have passed stimulus packages, while Congress is in the process of passing another, in efforts to help millions of Americans, many of whom have been laid off or had to take pay cuts and had their working hours decreased. However, the one-time checks will likely only serve as a Band-Aid for the severe wounds that have been inflicted. Here again, we are witnessing haphazard solutions to a problem that will not go away in a month or two. Unemployment has reached a record high number of 3.3 million ever since the beginning of the coronavirus breakout. The likelihood of these numbers increasing is not far-fetched, putting millions of people on unemployment benefits.

Despite the dismal reality, we must be firm in our belief that there is still hope. The entire world is in a war with the coronavirus and although the United States has been slow and incompetent in the beginning of the war, we can hope that our lawmakers make the right decisions based on scientific facts moving forward, disproving the economist Milton Frieman’s quote that the government’s solution to a problem is “usually as bad as the problem.”

Only time will tell.