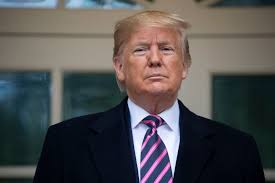 Well, Bangladesh is in the news again, in a way probably, despite its eagerness to be better known in the US, it does not want to be. This may seem serious when you read it, but the title is tongue-in-cheek, and the way Bangladesh came into the news yesterday would be comic opera if its implications were not so serious—for the US, not for Bangladesh.

he story goes like this: a well-known and respected reporter for National Public Radio, Mary Louise Kelly, obtained an interview with Secretary of State Mike Pompeo on Iran and Ukraine. It seems that no further delineation of the two subjects was mentioned. The interview was recorded and is now available on the internet. After a number of questions and answers on US policy and intentions on Iran, (the questions may have infuriated Secretary Pompeo but the answers would infuriate most readers, as they do me), Ms Kelly switched the subject to Ukraine and asked whether the Secretary owed former Ambassador to Ukraine Marie Yovanovitch (who was abruptly removed from her post in May 2018 by President Trump for no apparent reason) an apology. He has continually refused to defend Yovanovitch in public, much to the chagrin of most State Department personnel.

It seems that this was not a question about Ukraine that the Secretary expected, and he reacted crossly, refusing to address the question. Ms Kelly pressed the point, and Secretary Pompeo’s reactions, from what one can tell from the transcript, were more strident and defensive. He curtly broke off the interview after a few more probing questions by Ms Kelly about the publicly-voiced criticism that he had failed to defend a well-regarded and deeply-experienced Foreign Service Officer. This officer had stated under oath in the House impeachment hearing that US policy on Ukraine had “been hijacked” by a shadow group devoted to furthering President Trump’s re-election in November this year, and endeavouring to find dirt on the most likely of his opponents (and the most likely, according to present polls, to beat him), former Vice President Joe Biden.

This shadow foreign policy aimed at helping Trump in the election is, of course, the charge at the heart of the impeachment trial of the president now underway in the Senate.

Now Bangladesh comes into the story. Right after the meeting, Pompeo’s staff told Ms Kelly that the secretary would like to talk further to her, but without her recording device in what she describes as a private living room (but what is, in my memory a small kind of sitting room in which the secretary can relax, work and take private phone calls and private visitors in a less formidable, less official setting). Kelly reports that there was no mention of keeping the meeting off the record. When she entered, she says that Pompeo started shouting at her about the Ukraine questions she had asked, at one point asking (with some expletives deleted) if she thought Americans care about Ukraine. Then he called for a blank map of the world and asked her to point out Ukraine, after which he broke off the conversation, which seems to have been pretty one-sided anyway. Kelly went public with the story of this second meeting after publishing the text of the first.

The next day, Pompeo released a statement criticizing Kelly for telling two lies, the first about the real subject of the Ukraine interview, and second that she had promised to keep the second meeting off the record. There may be some merit in the first if Kelly deliberately concealed the fact that the Ukraine part of the interview would be about Yovanovitch, which for Pompeo is a very sensitive subject. But Pompeo knows the great uproar from the press as well as from his own staff about his silence on Yovanovitch , and he should be able to handle questions about this, even surprise ones, without flying off the handle. The second assertion is very dubious; there could have been some misunderstanding about whether Kelly’s agreement not to bring a recording device automatically meant off the record, but every public official knows that off the record must be agreed verbally by reporters. Pompeo added at the end of this statement that “it is worth noting that Bangladesh is not Ukraine.” If he meant to imply that Ms Kelly pointed to Bangladesh when trying to find Ukraine on the map, the assertion is ludicrous; that an experienced international reporter of her background and education would point to eastern South Asia when seeking a country in Eastern Europe is beyond belief. Yet I find it hard to interpret that statement in any other way. Unless, of course he just meant that Bangladesh is not Ukraine, but did the Secretary of State just learn that?

So, yes, Bangladesh’s part in the impeachment of Donald Trump was peripheral, accidental, incidental, probably the unforeseen consequence of the Secretary of State trying to undo his disastrous second meeting with NPR reporter, Mary Louise Kelly. But it gives me the opportunity to slide into another update to TFT readers on the impeachment. My last one was November 29 last year, which will be, by the time readers see this, just over two month ago. Substantively little has changed since then; procedurally a lot has changed. The issue has moved in legal terms from the investigation and indictment phase to the trial phase. The House indictment, called the articles of impeachment, have gone to the Senate. The trial goes on now in the Senate; the House prosecutors have finished presenting the evidence they believe should convict him; the President’s defence team has begun trying to rebut that evidence. That rebuttal process will be complete by Wednesday.

Then comes the crunch time. The president’s strategy all along, as I mentioned in that November article, has been to refuse to turn over any documents or allow government officials who could speak directly to the fact as to whether he had authorized the high crimes and misdemeanors he is accused of. The House prosecutors argue that while the evidence is sufficient to convict him anyway (in legal terms, it mostly circumstantial) it would be more complete and a fairer trial if the Senate/Jury were to hear certain witnesses thought to have such first-hand information, and documents which seal the case even more tightly. The Senate/Jury will vote on this sometime later this week after the defence team has completed presenting its case. The president’s defence strategy seems to be aimed at denying that the president has committed the acts he is accused of, but will argue, inter alia, that the evidence is not sufficient to show that these acts are impeachable and/or don’t rise to the level of impeachment. Logically this should mean that Senators/Jurors who accept this would want to see further evidence. In court, such would be required and would be presented by the prosecution. But as pointed out many times, impeachment is a political process; the house prosecutors have no authority to do so. It is up to the Senate/Jury, and the odds are strong that in this extremely blatant partisan atmosphere Senators/Jurors will vote strictly along party lines. Trump’s stonewalling strategy may have worked, but there is an unconfirmed report just out that a draft of a book by former National Security Advisor, John Bolton, may be offer firsthand proof of Trump’s guilt. If true, some of the Republican Senators are likely to support calling Bolton and other witnesses and could end up voting against him. This is unlikely to convince most of the Republican Senators to abandon Trump, but it is a radical turn of events that I learned just as I was sending this in.

But the House democrats pursued a prosecutorial strategy that took into account Senate acquittal. Their presentation of the evidence was as good a media show as one ever sees in Congress, with charts, photos, videos, and scintillating argumentation. It appeared to be aimed as much at the public as the Senators/Jurors and structured in a way to provide a strong foundation for Democratic candidates, including the nominee for President, to defeat this President and the party that supports him so loyally. I believe that the democrats calculate that Trump’s stonewalling can be used against him. Such calculation had to go into the decisions they made not to stretch this out for the lengthy period it would take to get the courts to overrule the President. The real objective is to get him out of office through the election, and the real way to do that is with a democratic candidate that can win, and has the platform to bring out the party’s entire base, the left, center, and moderates . The process of choosing one begins about a week from now with the Iowa primary. Stay tuned…