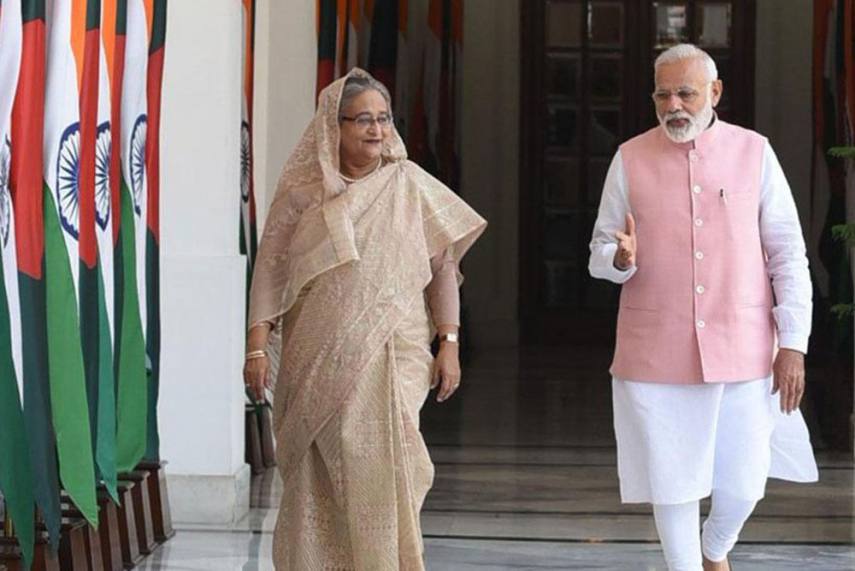 In Bangladesh the ruling Awami League has established total control over state machinery and politics since the managed election of December 2018. Simmering popular discontent found expression in agitations against the killing of a student, price hikes and government-appointed university administration corruption in 2019.

The 2018 election, described by international media as farcical, delivered an unprecedented victory to the incumbent Prime Minister Sheikh Hasina and a third consecutive term for her. It shattered the confidence of citizens in the electoral process, demonstrated by the low turnout for the subsequent city corporation election and local council elections. It has also laid out the political trajectory of the country — away from democracy, towards authoritarianism.

The opposition, particularly the Bangladesh Nationalist Party (BNP), lacked a strategy to mount resistance against the incumbent’s agenda. Indecision of the leadership and weak organisational capacity have become more visible. The BNP’s inability to address its relationship with the Islamist political party Jamaat-i-Islami (JI) exacerbated the problem.

There is pressure on the BNP to cut ties with JI, even when some within the party feel that abandoning the JI will hurt the party’s vote bank. The leadership of acting Chairperson Tarique Rahman, who is in exile in London, has also contributed to schisms within the party. The decision of the BNP and other opposition members of parliament to join the de facto one-party parliament exposed the BNP’s weaknesses and provided the one-party parliament moral legitimacy. BNP leader Khaleda Zia, sentenced to 17 years in 2018, remains in jail as courts continue to deny bail.

The absence of a formidable opposition, a lack of oversight of the parliament and no accountability mechanisms have accentuated rampant abuses of power by the executive. A culture of impunity permeates the rank and file of the ruling party. Its activists are engaged in extortion, torture and illicit activities. The torture and killing of student Abrar Fahad by student activists of the ruling party in October 2019 laid bare the widespread practice of extortion and torture in universities and various educational institutions.

A drive against illegal casinos operated by the ruling party’s youth leaders beginning in September 2019 revealed the extent of their extortion rings. The drive, initially described as ‘cleansing’ and later portrayed as an ‘anti-corruption drive’ fizzled out — it only netted low level operatives while bigwigs remained untouched.

Experts warn that the bubble of economic growth may burst due to this style of governance. Despite Asian Development Bank forecasts for high GDP growth and an improvement in the ease of doing business rankings, there are worrying signs.

According to the Center for Policy Dialogue (CPD), the economy is under stress and at its weakest point in the past decade. CPD’s assessment points to a gloomy picture as revenue mobilisation, the banking sector, the capital market and balance of payments are facing serious problems. Export earnings have begun to fall. The country’s main source of export income, readymade garments, is experiencing a downward spiral costing thousands of jobs. Data shows that major economic indicators are forecasting downturn. There are concerns that the country is heading into a recession.

Two sources of concern emerged from developments in neighbouring countries. Almost a million Rohingya refugees who have taken shelter in Bangladesh since 2017 are now being described by the government as a burden. The International Criminal Court’s decision to investigate crimes perpetrated by Myanmar and the International Court of Justice’s preliminary hearing have drawn international attention. Bangladesh continues to pursue bilateral negotiations.

The conclusion of India’s National Registry of Citizens in Assam has also become a source of worry for Bangladesh. Hundreds of people have started to cross the border in fear of persecution. The Bangladeshi government’s trust in India’s assurances reflects an unwillingness to take an independent stance. Popular sentiment against India is on the rise for political reasons as well as economic ones. India’s decision to ban the export of onions to Bangladesh led to a spike in onion prices, contributing to the growing anti-Indian sentiment. Hasina also expressed her displeasure during a visit to New Delhi in October 2019.

Following the passage of the Citizenship Amendment Bill in India, Bangladesh cancelled the visits of two ministers to India and did not attend the Joint River Commission meeting. Considering the unequal relationship between the two countries, whether Hasina’s government will be able to take a strong stand remains unclear.

The political and economic events of 2019 point to a possible trajectory for 2020. The government has claimed credit for GDP growth and visible large-scale infrastructure projects. But as the data related to economic growth is questioned, income inequality continues to rapidly increase and signs of economic stress are becoming visible, the question remains — how will the incumbent government address these developments?

With increasing discontent and growing reliance on force, the government is more likely to take an authoritarian approach to governance and limit the space for dissent in the year to come. The opposition is likely to face a further squeeze if it fails to chart a new course. Unless pushed back, the media will become an echo chamber. This pessimistic scenario can be changed only if the course of unaccountable politics and governance is reversed.