‘Our Democracy Is In Danger’: Muslims In India Say Police Target Them With Violence 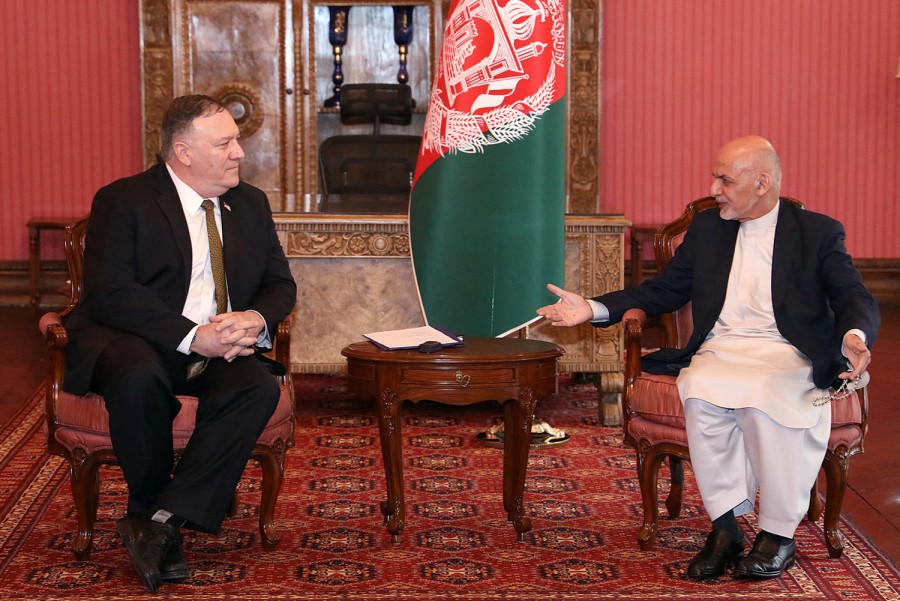 Two weeks ago, as we awaited the signing of the US-Taliban Agreement which intends to ignite a peace process in Afghanistan, I wrote of the magic realism in general of US foreign policy and specifically in the agreement about to be signed. The agreement was signed on February 29 in Doha and is now available on the internet, or at least those parts of it which are not still secret. The four typescript pages of the agreement leave open many questions. It is clear that the magic that, perhaps, influenced the minds of the negotiators on both sides as they put together the agreement that emerged from long difficult negotiations, has already faded. The reality of making the agreement work has increased its hold on the minds of those involved in implementation. Difficulties arose almost immediately which are probably inherent given illogical sequence of the steps the February 29 agreement outlines.

Now let me start with two points I wish readers to keep in mind. First, no matter how many questions the agreement raises, how many holes it leaves in the logic of the path it traces to a peaceful end to an Afghan civil war that has taken the lives of countless Afghan citizens and disrupted the lives of those who have lived through it or been forced to leave the country, there is every reason to support this effort and hope it achieves its stated goal of ending the war and bringing a sustainable peace. A peaceful and stable Afghanistan should be in the interests of everyone in the region and those countries, organizations, and individuals who have been involved from outside the region. Second, when I raise questions about the peace process agreement or its progress, it is because I want to see it succeed. Those questions are because I can envision it going off the rails and everybody, especially the Afghans themselves, being worse off than before.

The four steps or the peace process are set out in the first four paragraphs of the agreement, and then elaborated in the pages that follow. They are centered on the main priorities of the US and the Taliban. The first step is work out guarantees and enforcement mechanisms to prevent the use of Afghan territory by groups hostile to the US and which threaten its security. The second step is to work out guarantees and enforcement mechanisms of a timeline for the withdrawal of all foreign forces from Afghanistan. Third, only after (emphasis mine) the first two steps are complete, will Taliban and what is termed “Afghan sides” begin talks, which the agreement notes should begin on March 10. Fourth, “a permanent and comprehensive cease fire will be on the agenda of the intra-Afghan dialogue.”

It is noted in a concluding paragraph that “agreement on the first two parts paves the way for the last two parts,” i.e. no intra-Afghan talks and no cease fire until both the US objective that Afghanistan never again host enemies of the US, and the Taliban’s primal objective of getting rid of all foreign forces are fully agreed and details worked out. A full page later, comes the first of many gaps this illogical sequence: under the rubric of US commitments, a paragraph of a US commitment to “work with all sides” to effect the release of prisoners of both sides. This paragraph, which seems to have been an afterthought, is the first big hurdle which has already, after only a few days, thrown the peace agreement off the rails. Among other things it is stated as US commitment, but it is clearly responsibility of the Afghans to work out between the government and the Taliban. President Ghani caught this immediately and rejected the idea as an affront to the sovereignty of his government. Possibly it was put as a US commitment to get around the problem of implying any kind of sovereign status to the Taliban, which the text of the agreement goes to great length to do. Whenever the text comes to a mention of an action or responsibility of the Taliban the text intones “which is not recognized by the United States as a state and is known as the Taliban.” I can see good reason for this mantra but see no good reason in a context which offends one of the primary parties in the negotiation and stops progress before it even starts.

The most important part to me of the peace process is the intra-Afghan dialogue/negotiation, and to throw in such a clearly unworkable provision as a precondition to the intra-Afghan talks, did not get it off to a good start. The Afghan government surely hoped to use the issue as leverage. The Taliban has refused to recognize the government as legitimate and President Ghani needs to establish that the government has a rightful place at the negotiating table and must be taken seriously, while the Taliban will try to diminish that legitimacy. It would help, of course, if the Afghan government and the opposition could come together and work together instead of undercutting each other and continuing to fight the last, and disputed, election. The Taliban remain attached to the idea that the prisoner exchange is a pre-condition to serious talks with the government and civil society. If, of course, those talks never happen, or never come to function effectively as a method of establishing the framework and rules of a power-sharing arrangement, the peace process is dead on arrival (DOA).

But this is not a cakewalk for the Taliban either. Its fundamental problem is to maintain its military efficiency while scaling back the violence enough to convince the US to continue its withdrawal plan. But it is the violence that keeps the Taliban together, and its leaders may well lose their credibility with the fighters, many of whom joined in order to drive out the foreign forces. The Taliban leaders face to dilemma of keeping them form deserting or defecting to other Islamic extremist groups who are not parties to the peace plan agreement, and have no interest in it. And violence has already returned with a US air strike and a bomb attack in Kabul, claimed by ISIS which is not a party to the agreement.

It didn’t take very much insight to see that the four-page agreement had clearly spawned at least one secret annex, and this morning’s New York Times reports that there are actually two now on view to members of Congress in secure facilities in the capitol. While none of the members can talk specifically about the two, the Times has picked up enough general comments to describe the two annexes as a timeline for what the US plans to happen for this agreement to work and when. To quote the Times, “the details are critical to judging whether the US is making good on its promise to leave only if conditions allow, or whether it is just getting out.” Why the annexes should be so tightly kept is also controversial. According to some of the Times’ sources, “the annexes leave the markers for peace remarkably vague, making it far from certain that the Taliban must convert to a counter-terrorism force…or that they are required to make complete peace with the elected government….” The annexes appear, it was said to the Times, to give the president, whoever he or she is, enormous latitude to pick up America’s marbles and go home.

If the government doesn’t declassify these annexes, it might be a sign that there will be another “October surprise” this year. If it does, we will be able to learn the truth of these assertions. This might be too much power and temptation to give any President in an election year.