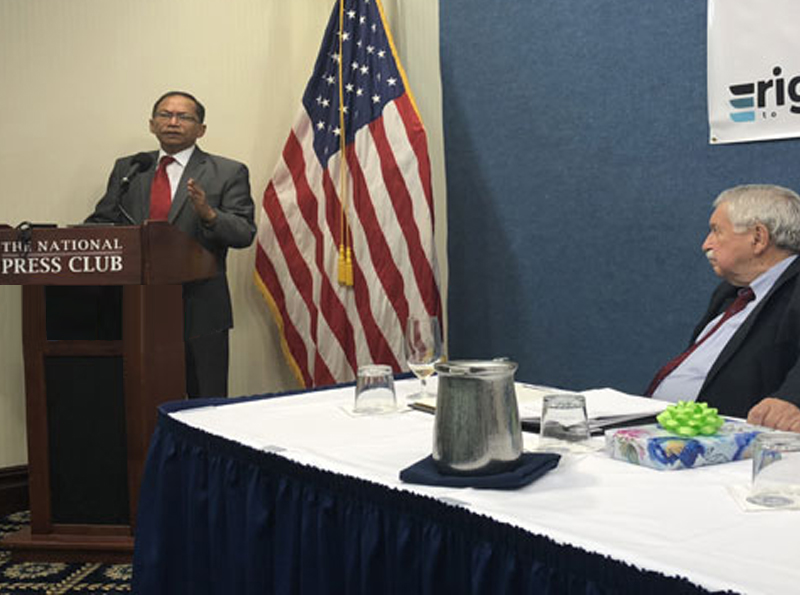 Sinha made the remarks during the launch of his much-discussed and controversial book “A Broken Dream: Rule of Law, Human Rights and Democracy” at the National Press Club in Washington on Saturday.

“Actually I don’t have any status right now. I would request the authorities here to help me to stay because my visa is expiring. I sought political asylum but no decision has been made.”

“I am now living as a refugee in a free and independent environment. Human rights are protected in this country and we can speak out against wrongs and injustice.”

Sinha said he had received several invitations to visit other countries but was unable to travel because of his status.

Sinha reiterated that the book had not been backed by political forces. “I am not involved in politics. I hate politics because of the political atmosphere.”

“I did not allow till now any politician to come in contact with me. Though our government is making allegations that some political parties are helping and even said … Jamaat’s Barrister Razzak was involved, no political element helped me. Only some very senior citizens who are doctors, who are professors, who are journalists.”

Sinha said that he is fighting for the rule of law, democracy and human rights.

“I am doing this because nothing like the rule of law currently exists in Bangladesh.”

Sinha acknowledged that there were many errors in the book.

“We were in a hurry. It was not possible to check the proofs properly. But a second edition will soon be released.

William Milam, senior policy scholar at the Woodrow Wilson International Center for Scholars in Washington, was the chief speaker at the programme.

He delivered a short speech in which he expressed his concern at the reports that the rule of law had deteriorated in Bangladesh.

“I have yet to read the book,” he said. “But I have looked over some of the topics.”

About a dozen people attended the event by a group named ‘Right to Freedom’.

Sinha went on leave in October 2017 amid an ‘unprecedented’ situation that followed the Supreme Court decision abolishing the 16th amendment to the constitution. He faced sharp criticism from the ruling party for certain remarks in his judgment.

The government said he was sick, but before leaving Bangladesh on Oct 13, Sinha said he was ‘not sick, but embarrassed’ at the criticism by the ruling Awami League.

On Nov 11, at the end of his leave, the government said Sinha had resigned.

He was the first Bangladeshi chief justice to resign the post. 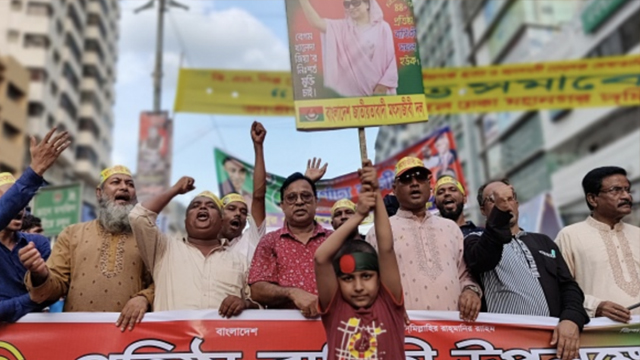 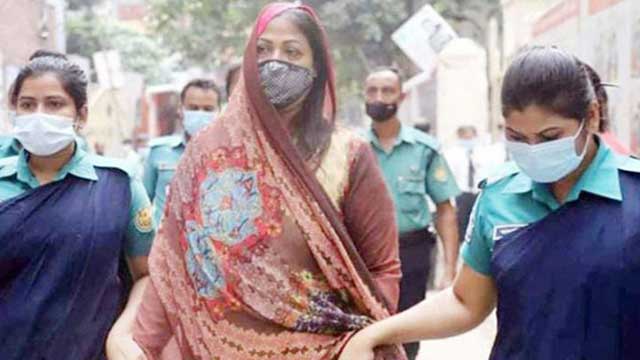