Bangladesh And Its Continued Defamation Of Grameen Bank

The “Anti-Corruption Drive” in Bangladesh: Where is it Going? by Dr. Ali Riaz 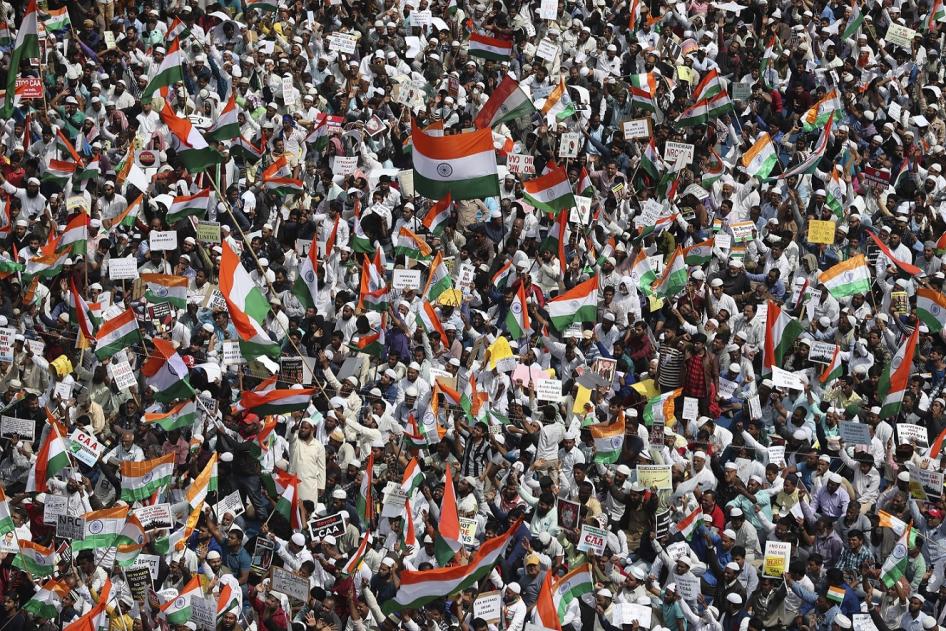 The Indian authorities should cease using unnecessary lethal force against demonstrators protesting a law that discriminates against Muslims, Human Rights Watch said today. Since protests against the Citizenship Amendment Act began on December 12, 2019, at least 25 people have been killed and hundreds have been arrested.

Police have used excessive force only against demonstrators protesting the law, including many students. All the deaths have occurred in states governed by the ruling Bharatiya Janata Party (BJP): 18 in Uttar Pradesh, 5 in Assam, and 2 in Karnataka. Most of those killed have been Muslims, including an 8-year-old boy in Uttar Pradesh. Scores of police officers have been injured. The authorities have also used a colonial-era law, internet shutdowns, and limits on public transportation to prevent peaceful anti-citizenship law protests. The police have, however, not interfered with demonstrators supporting the law, including ruling party leaders who have advocated violence.

“Indian police, in many areas, have been cracking down on anti-citizenship law protests with force, including unnecessary deadly force,” said Meenakshi Ganguly, South Asia director. “The authorities should prosecute violent protesters, but they also need to hold police officers to account for using excessive force.”

Most of the violence by protesters and the police has been in Uttar Pradesh state. There, the chief minister vowed “revenge” against protesters, saying, “All properties of those involved in damaging public assets will be seized and auctioned to compensate for the losses.” Soon after, the state authorities cracked down on Muzaffarnagar district and sealed nearly 70 shops without providing a legal basis.

On December 21, Uttar Pradesh police said that they had arrested over 700 people and preventively detained more than 4,500 others, who were released after warnings. Several others have been arrested since then. Those arrested face serious charges including attempted murder, rioting armed with a deadly weapon, unlawful assembly, assaulting public servants, and criminal intimidation.

“Many of us have gone into hiding because the police are tracking down anyone that organized or passed the word to join peaceful protest rallies,” one activist told Human Rights Watch. “They want to crush us into silence.”

Uttar Pradesh police have detained several activists, including Mohammad Shoaib, a Lucknow-based lawyer, and S R Darapuri, a retired police officer. The Magsaysay Award winner Sandeep Pandey was placed under house arrest. His wife, Arundhati Dhuru, and activists Meera Sanghamitra and Madhvi Kukreja were detained for several hours when they went to the police station to inquire about Shoaib. On December 21, the Allahabad High Court, acting on a habeas corpus petition for Shoaib’s release, ordered the state police to produce arrest documents as well as proof that Shoaib was medically examined as per the legal procedures.

Activists allege that Uttar Pradesh police beat up residents in Muslim neighborhoods and some people in custody. Police in Lucknow arrested Sadaf Jafar, an activist and Congress Party worker, while she was videotaping the police on her phone after a protest. Her family has alleged that the officers beat her.

Several students of Aligarh Muslim University whom police detained after protests also alleged that they were beaten up in custody. A report in Scroll.in found that the police in the Muslim-majority Naiza Sarai neighborhood of Uttar Pradesh’s town of Nehtaur forcibly entered several homes, ransacked them, and detained at least four men.

Uttar Pradesh police claim that people died from locally made weapons and crossfire among protesters, and that police only fired rubber bullets and teargas shells. However, a video from Kanpur showing a policeman firing his revolver toward protesters belies these claims.

Meanwhile, the authorities have not taken action against leaders of citizenship law supporters who may have been inciting violence. On December 20, a BJP leader, Kapil Mishra, led a large demonstration in Delhi, chanting that the police should “shoot the traitors,” referring to citizenship law protesters. The slogan was repeated two days later at a pro-BJP demonstration in Maharashtra state.

The authorities have repeatedly shut down mobile internet services in several states as protests spread throughout the country. On December 20, the Ministry of Information and Broadcasting issued a second advisory, warning television news broadcasters to “abstain from showing any content that promotes anti-national attitudes.”

The newly amended citizenship law grants citizenship only to non-Muslim irregular immigrants from the neighboring Muslim-majority countries of Afghanistan, Bangladesh, and Pakistan. Protesters have called for the law’s repeal, saying it is unconstitutional and divisive.

The law was enacted amid the BJP government’s push for a nationwide citizenship verification process, the National Register of Citizens (NRC). Government statements indicate that the NRC process aims to strip Muslims of their citizenship rights while protecting those of Hindus and other non-Muslims. Home Minister Amit Shah said in October “I want to assure all Hindu, Sikh, Jain, Buddhist, and Christian refugees, that you will not be forced to leave India by the Center [government]. Don’t believe rumors. Before NRC, we will bring [the] Citizenship Amendment Bill, which will ensure these people get Indian citizenship.”

Prime Minister Narendra Modi, speaking at a rally on December 22, said his government had never discussed a national register of citizens and denied that that there were any detention centers for irregular immigrants in the country. His statements contradict those by Shah, who has repeatedly said that the Citizenship Amendment Act is a precursor to the national register of citizens. The government has already been building detention centers in Assam and in Karnataka.

Indian authorities should ensure that security forces comply with the United Nations Basic Principles on the Use of Force and Firearms by Law Enforcement Officials. The government should also revoke the Citizenship Amendment Act, which violates India’s international obligations to prevent deprivation of citizenship on the basis of race, color, descent, or national or ethnic origin as found in the International Covenant on Civil and Political Rights (ICCPR) and other human rights treaties.

There have been marches in several cities across the world expressing solidarity with the student protests, and the government’s response has faced increasing criticism abroad.

“The Indian government should address the legitimate concerns over the citizenship law and national register of citizens that will be used to target marginalized groups,” Ganguly said. “The often violent repression of those critical of government undermines any claims that the authorities are responding to the situation in an impartial manner.”