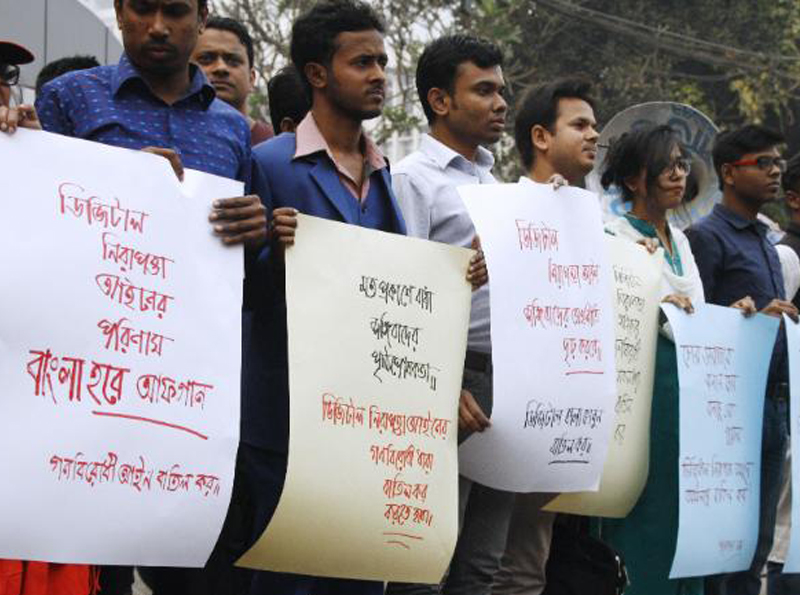 Responding to the newly enacted Digital Security Act 2018 in Bangladesh which has drawn serious concerns for press freedom and the right to freedom of expression, Amnesty International’s South Asia Campaigner, Saad Hammadi, said:

“This law imposes dangerous restrictions on freedom of expression. Instead of learning from the lessons of the past, it seeks to repeat them. Given how the authorities have arbitrarily arrested hundreds of people in the past six years under the Information and Communication Technology Act, there are serious concerns that the new Act will be used against people who speak out.”

“The government’s disregard for editors’ recommendations and the concerns of the general public shows lack of concern for the grave issues regarding the bill that have been raised by civil society. The government must revert its course from this regressive law, that compromises its international commitments; and ensure they fully uphold the right to freedom of expression as protected by international human rights law.”

The new Digital Security Act under section 43 allows police in Bangladesh to arrest an individual if they believe that an offence under the law has been or is being committed or there is a possibility of committing crimes or destroying evidence. The law allows for up to 10 years imprisonment for spreading propaganda against Bangladesh’s Liberation War, the national anthem and national flag using digital devices. Repeated offences carry the maximum penalty of life imprisonment.

The Editors Council on 17 September 2018 rejected the draft Digital Security Act as it did not make the changes that were recommended in eight sections of the law. The law fails to uphold the guarantees of freedom of expression and freedom of the press in the Constitution of Bangladesh in Articles 39(2) A and B and international treaties ratified by the country.