No rule of law in Bangladesh, says ex-CJ Sinha 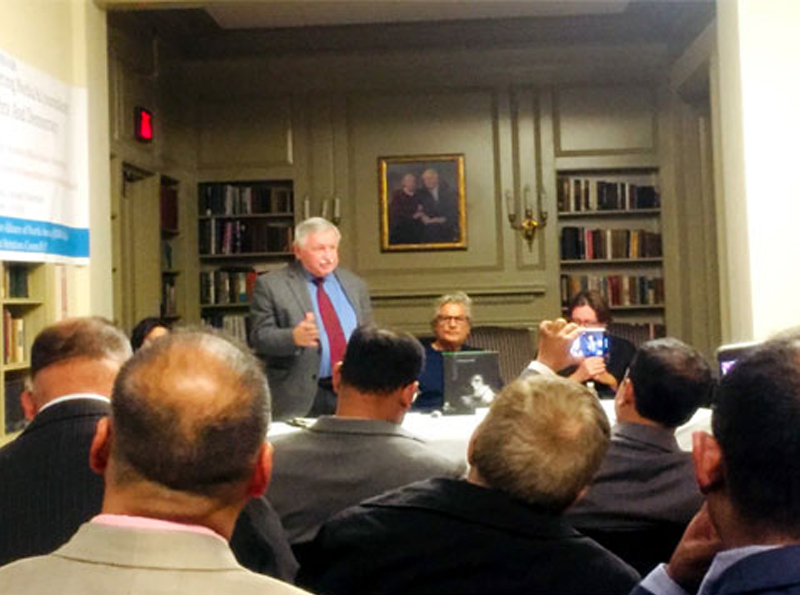 Special Correspondent from Boston, Nov 12 (Just News): “The US is taking a tougher stance on Bangladesh elections this time. As I have heard from concern people at the State Department, their view is they are going to try that this election is going to be fair and credible.

William B. Milam, Senior Scholar of Woodrow Wilson Center, Washington DC, also the former US Ambassador to Bangladesh, came up with this view on Bangladesh issue at a seminar at Pforzheimer House at Harvard University, US, on last Saturday.

“What is happening in Bangladesh is politics is failing. There is climate of fear in Bangladesh. Journalists and critics have been practicing self-censorship. Majority intellectuals have chosen to be silent. Government critics have either silenced or compromised with the government to avoid jail terms as that would be inevitable’; said Mr. Milam.

“I witnessed struggle for freedom and democracy in late 80s and 90s in Bangladesh and I know most of the people who are involved in it. Many of them were involved in freedom struggle from Pakistan. Surprisingly many of them have come out again and trying to take the country back to the center and towards a democratic future. They risked their lives in 70s and 90s and they are risking their lives again to establish democracy. What they really want is Bangladesh moves towards a democratic future”; the renowned diplomat observes the current political alliance movement in Bangladesh.

“Will this movement succeed? Well, this is a very tough uphill battle”; added Ambassador Milam.

Ambassador Milam further said, “The seven point demands they (National Oikyafront) have made for making a free and fair election are rejected by the government which basically they have been. That’s going to make some of the members of the alliance interested, perhaps going off by their own. And it is going to make others think about violent action.”

Milam said, “What I really know best was a climate of fear that is because by then, that is well after Sheikh Hasina started eliminating her opposition, and eliminating anybody who questioned what she was doing, in the press or in the media. And it was hard to get people even speak to on this. And I think that it only getting worsens. That climate of fear extended to the NGO’s, to the press, to the media where a great deal of self-censorship going on.”

He added, “You had repression in sort of Bangladesh history. If you review the liberation just the right way, you are subject to repression or jailing. You can talk over the enhancement of ICT (International War Crimes Tribunal), which was to try the members, leaders of the Jamaat-e-Islami for treason during the liberation war. You know they (government) used very un-judicial methods, basically aimed at hanging all of them (Jamaat men). And if you criticized that you are also in trouble.”

“What is happened really in Bangladesh, and I always suspect a lot about countries, is the politics is failing. Because it has become- very, very much more than zero sum game. What you get, I don’t get. This is I think the whole world is really going to wrong directions, and a dangerous direction. Politics, it’s really ability to for societies to do collectively what they can do individually. Which is provide to for the welfare and progress of the country.”

Dr Sherman Teichman in his speech said, “Noted photo journalist Dr Shahidul Alam imprisoned for three months which is a shame for a civilized democratic society.”

Mentioning the horrific killing of Saudi Arabian journalist Jamal Khashoggi he further said, “It is unbelievable and unbearable. He was a good friend of mine.”

Describing the atrocities committed against the Rohingya people by the military backed Myanmar government Adem Carroll said, “In the days after Kofi Anan shared his road map to coexistence, in Rakhaine state 350 villages were burned by the military. Special brigades of the Burmese Army were brought in that were well-known for atrocities and mass rape. There is alot of evidence that the terrible atrocities against children, against women and a massacre were all pre-planned.”

He said, “Many countries, including Russia recently, sell arms to the Myanmar military, this must be stopped. This is something we have to demand in the international community. We shouldn’t be allowing that. We have Nobel Peace Laureates calling the persecutions genocide, speaking out. More people need it speak out.”

“Because of the great impact of this crisis on Bangladesh, the Bangladesh as a member of the International Criminal Court can allow a referral in its name to the ICC even know Burma is not a member of ICC. The current US government doesn’t like the ICC. But ICC is the central part of human rights architecture, of multilateralism. In the UN Human Rights Council the recent Geneva resolution calls for a “Special Mechanism” to collect evidence. So we are hopeful some kind of justice is possible through the mechanism for Rohingya people.”

He added, “Many ethnic groups in Myanmar have been locked in struggle with central government over generations, but Rohingya had been completely non-violent in recent decades, except to this very well-known attacks on border post, that unfortunately used as pretext over the massive military crackdown in 2016-17. So Rohingya have been marginalized over the years, as you know their citizenship had taken away in 1982 — before that they were citizens. So that made them stateless.”

“As they lost their rights one by one, they couldn’t struggle legally they were locked down, no rights to education, no rights to work. Even though they were a small minority, they were described as a threat, an existential threat to the entire nation.”

Adem said the Bangladesh government is done great in terms of hosting so many refugees. However, removing refugees to islands like Bashanchar is not safe. And it is not yet time to repatriate Rohingya to Myanmar, without their rights and property property returned and safety guaranteed. They do not deserve to be put in detention camps as we see with the Uighur people in China too.

Aliya Iftikhar, Asia researcher of Committee to Protect Journalists (CPJ), said, “Bangladesh position has running low in the press freedom indexes. We are continuously urging for free Press in Bangladesh.”

Mentioning eminent photo journalist Sahidul Alom situation she said “Sahidul Alom faced physical tortured under police custody, which is very inhuman. Having all the ground his bail is not been granted.” Aliya demands Alom immediate release.

In his speech Journalist M Mushfiqul Fazal said, “All autocratic rulers firstly targeted media to prolong their illegitimate tenure. In Bangladesh you have freedom of speech but it has to be the in favor of the government-“

There are no scopes for opponents in Bangladesh, said Mushfiqul, adding, “Those who are trying to speak freely are becoming the target of oppression. Some people are making favor to legalize the illegal activities of the government for their own interests. Journalists couple Sagar-Runi was murdered for their bold journalism. The mystery of the murder is still untraced. Veteran journalist Shafique Rahman, Mahmudur Rahman, Shawkat Mahmud, Probir Shikder, Ekushey TV CEO Abdul Salam and cultural activist Nawshaba were jailed for being vocal against oppression. Barrister Mainul Hosein, publisher of daily new nation, is the latest example of it.”

BDPANA general secretary & Amnesty International member, engineer Tanvir Newaj said, “Journalists are being tortured across the world. Murder of journalist Jamal Khashoggi is the most barbarous. He career journalist lost his life inside his home consulate!”

He said, “Myanmar jailed two journalists for their investigative reports. Ruling Bangladesh government illegally imprisoned globally recognised photo journalist Dr Shahidul Alam. This not a sudden incident but all autocratic regimes do it to make their power prolong.” 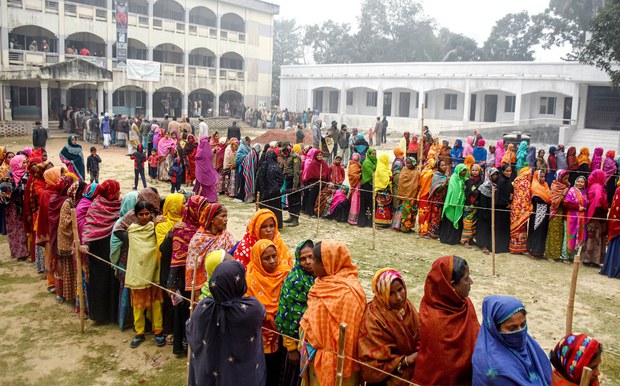 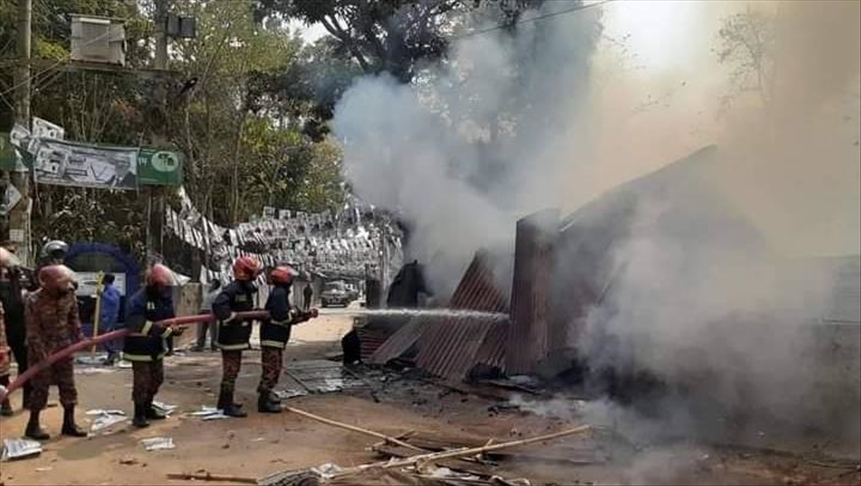 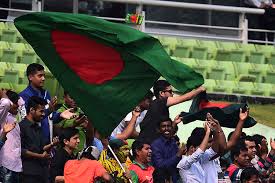