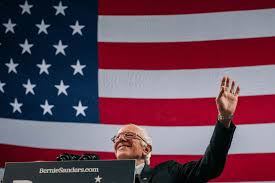 It would seem rational for the Democratic Party in the United States to look carefully at the political dynamics as well as the outcome of the December 12 election in the UK. On the surface, the two elections might look quite dissimilar. The British election was almost existential in nature, given that the primary (really the only) issue facing the British electorate was BREXIT, and the immediate result will bring about the withdrawal of the UK from the European Union (EU). But while tectonic enough, the potential long-term consequences could be even more shattering – the breakup of the United Kingdom if Scotland and Northern Ireland decide that their futures lie inside the EU, and they opt to separate from the UK for Independence (Scotland) or joining the Irish Republic (Northern Ireland). Another long-term consequence was the almost total destruction of Britain’s major center-left party, Labour, which locked itself in an ideological box which was at least 50 years out of date, and perhaps has reduced it to a minor, marginal party, ceding the entire Center of the political spectrum to the Conservatives who may reign for decades while the center-left rebuilds itself. Just when Britain needed a healthy and independent opposition party, Labour sank into a Marxist crib and abandoned the welfare of the people it should and used to try to protect. Until the center rebuilds itself, perhaps as the remains of center-left Labour and an independent, liberal party or two, the Conservatives will rule the roost.

Compared to that potential shattering of national boundaries and loyalties in Europe, the US election might appear to be just another election to settle the perennial question of which major party – the Democrats and the Republicans -will get the spoils of power for the next four or eight years. But consider that many political analysts, and not just partisan ones, believe that a victory for the Republican party could set President Trump off on a course he seems to have relished since his election to office in 2016: to increase executive power and reduce the power of the two other branches of government as well as set the US in a much more conservative—nativist and anti-immigrant—policy direction. In other words, he would put the US on a much more authoritarian course. Many other analysts consider this doomsday scenario very unlikely even if the Republicans do win the election. But historians are reminded of earlier comparable periods in our history – the 1850s and 1930s, for example – when it is now understood that only a few great men stood between the disaster of a system buckling and cracking under stress and the system containing and overcoming centrifugal forces seeking to fracture American society. And, indeed, politicians of such aptitude do not appear to be coming up at present in our political system.

There are two aspects of both the British and the US elections that are, so to speak the wild cards, with the potential to turn events in a very toxic direction. First is that the two central characters are cut from the same cloth in their unpredictability, their hunger for power, and their unscrupulousness. Both President Trump and Prime Minister Boris Johnson are dangerous demagogues, authoritarians by nature, serial liars, who can’t tell truth from fiction but prefer the latter as more useful in politics. Except for their accents and haircuts, they are the mirror image of each other. In the UK election and the run-up to the withdrawal from the EU, Johnson played a mendacious and malevolent role. Trump will clearly do anything it takes to win the election.

The second aspect seems to be a weird, suicidal tendency on the part of the two center-left parties to lock themselves into an ideological policy box that seems to ignore modern reality. This temptation brought down the British Labour Party and perhaps removed it from the center of UK politics for a very long time. Labour, of course, began more as a left-center party, with an emphasis on workers movements and labour unions and less on the liberal values it has come to stand for in recent years. But in the last 2-3 years, just as the BREXIT crisis was shattering the old lines of authority in the parties, Labour was taken over by a group of leaders who hadn’t had a new thought on 40 years, and who still take their lead from the Marxist playbook. Buoyed perhaps by the chimera of what was clearly a false bounce in their popularity in an unnecessary election in 2017, the Labour leaders marched merrily into the December 12 election singing the Internationale only to see their fanciful visions crushed by Boris Johnson who understood as most other voters did that the only issue was BREXIT, and whose slogan was, “let’s get BREXIT done.” Whether for it or against it, that was really the only issue in the election for most voters.

Corbyn was, evidently, one of those Labour Party leaders who believed that the party had a “firewall” of working-class voters in the Midlands and the North of England that would keep the party safe from staggering losses. But although those seats had been held by Labour for 70 or 80 years, the leaders evidently forgot that many of their adherents in those areas voted to leave the EU. The promises of a Labour platform that pledged a socialist paradise could not overcome the long-standing resentment of workers in these areas who felt deceived, dissed, and left behind by their leaders. Labour lost 60 seats, many of them in the Midlands and North, and ended with its lowest number of seats since 1935. Most of these seats were lost to the conservatives, who now have an 80-seat majority.

This sprang into my mind as I watched on TV the Democratic Party debate on Friday night. I haven’t watched the first few, and the snatches I had seen before Friday have been slow and sluggish affairs at which few sparks flew, and uplifting rhetoric was rare. This one was better, livelier and more barbed at the same time as the candidates are beginning to take off the gloves and sharpen their verbal swords. The field has been winnowed down to seven, which gives the candidates more time to talk at each other, and to impress the TV audience with their answers.

It was the debate that drew my attention to the possible similarity of the US general election in November to the UK election held just about six weeks ago. And I am fascinated by the possibility that the Democrats could possibly make the same mistake as the British Labour Party by choosing a socialist candidate, with a seriously leftist ideology as his platform, or for that matter any ideological candidate. The issue in the November election will not be ideology of any kind. In the UK, the issue was BREXIT. In the US, the issue will be Trump and Trumpism — his attack on our constitution, our political norms, and his corruption.

The left-leaning candidates often refer to themselves as “progressives,” and tend to promise a lot of new programs with the barest of details about how they will be paid for. The moderates, or centrists, promise more modest programs and provide details on how they will be paid for. The favorite of the so-called progressive faction of the Democratic party is Senator Bernie Sanders of Vermont, who is not even a Democrat, but an Independent; and he is an avowed socialist. He has a large and vocal following of young people, and he is leading all the Democratic candidates in the polls by a small margin. He has a pre-packaged array of socialist reforms and his anti-establishment rhetoric continues to draw mostly young people to his campaign. If Trump is the double of Boris Johnson—and vice versa—then Sanders is the double of Jeremy Corbin in this drama.