US SANCTION ON RABHow a coordinated misinformation campaign unfolded 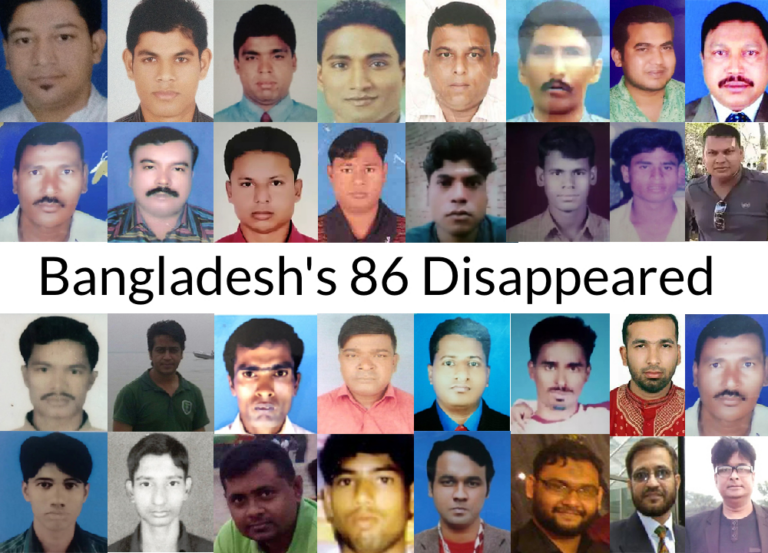 Half of disappearances involve opposition-linked men, with sanctioned Rapid Action Battalion identified as responsible for over third of pick-ups.

Half of the 86 disappeared men, originally picked up over the last 12 years by Bangladeshi law enforcement authorities, whose cases have now been taken up by the United Nations Working Group on Enforced or Involuntary Disappearances (WGEID), were activists of the opposition parties or directly linked to them.

The other half of the disappeared men comprise 10 who were closely connected with the governing Awami League, with the remaining 31 people without any noted links to political parties. This suggests that many disappearances did not serve a direct anti-opposition purpose, but involved other kinds of conflicts and feuds.

In 36 of the cases, eye-witnesses allege that Rapid Action Battalion — the unit sanctioned recently by the United States government — was involved in carrying out the initial detention of the person who subsequently disappeared. The Detective Branch of the Police is alleged to be responsible for another 26 pick-ups with the remaining cases allegedly involving law enforcement authorities whose specific identity is not known.

The information is documented in a unique public directory of investigations and accounts published last year by Human Rights Watch (HRW) which are referred to in WGEID’s recent letter to the Bangladesh government as the “86 documented cases in which the victims’ fate and whereabouts remain unknown”. Though HRW’s directory came online several months ago, its detailed contents — including extensive eyewitness testimony and other evidence collected not just by HRW itself but also the International Federation of Human Rights, local human rights organisations and journalistic reports, providing a trove of detailed corroboration to family accounts of disappearances — have gained minimal attention.

These 86 cases represent a small subset of the over 600 documented disappearances since 2009. While the whereabouts of these 86 people remain unknown, in the other disappearances, after weeks or months of secret detention, the men were either formally arrested, released back onto the street or their dead bodies discovered.

In 25 of the cases, Netra News analysis found there is at least one named person who could provide an eyewitness account to the detention event by the law enforcement authorities. These were sometimes members of families, friends, drivers, business associates or members of the public. Examples of these cases include:

— Bhaumik, the driver of Mohammad Chowdhury Alam, was present when Alam was picked up in Dhaka in June 2010. Omar Faruq, a shopkeeper, also witnessed it.

— Kabir Hossain and Mohammad Mizan were present when Mohammad Jamal Ahmed, their cousin and friend respectively, was picked up in May 2011 outside the office of Dhaka Electric Supply Company.

— Jesmin Begum was present when her father Habibur Rahman Hawladar Habib was picked up outside his house in Bagherat in July 2011 and followed the law enforcement vehicle to a police station.

— Iqbal Bahar says he witnessed his older brother Sarwar Jahan Babul being put into a microbus allegedly by police outside a hotel in Fakirapool in Dhaka in October 2011.

— Parveen Akhter, witnessed her husband Omar Faruk being picked up from a relative’s house in Lakshmipur in February 2014 by men from RAB-7.

In another 52 cases the accounts refer to a specified but unnamed eyewitness. (Eyewitnesses are often unwilling to allow their names to be made public fearing repercussions if their identity is known). So for example:

— A man selling coconuts, a tea stall owner, and the guard at a construction site told the family that on the night of April 17, 2012, they saw a microbus hit Ilias Ali’s car and then put him and his driver Mohammad Ansar into the vehicle and drove away.

— An unnamed local restaurant owner witnessed Mohammad Zahedur Rahman, and Mohammad Iqbal Hossain Sarkar, being picked up in Narayanganj in April 2019, allegedly by the Detective Branch of the Police.

Testimony of person picked up and released

Significantly in twelve cases, a person who was picked up by law enforcement authorities at the same time as the disappeared person and subsequently released has been able to provide evidence of how the alleged initial abduction took place. This includes:

— Ali Hossain, and Moinul Islam, the driver and friend respectively of Mohammad Selim Gazi who were picked up together in February 2010 by RAB but unlike him were released and formally arrested and in a position to confirm details of the detention;

— Jashim Mia, picked up in November 2013 along with Mohammad Humayun Kabir Parvez and Mohammad Saiful Islam Hiru, was unlike them released and formally arrested and in a position to confirm details of the detention;

— The four friends who were picked up in February 2014 along with Mofiz Uddin who unlike him, were brought to court and could speak to Uddin’s family;

— A relative of Qayyum Munshi — who was picked up along with Fayez Hawlader, Sobhan Khan, Rubel Khan and Belayet Khan allegedly by DB officers in December 2011 — was pushed out of the vehicle and so could confirm details of the detention.

In addition, in 8 of the 86 cases, a law enforcement official or a politician admitted to the family that their disappeared relative was in state custody. For example, this includes:

— After Mohammad Abdul Kuddus Pramanik was picked up in March 2017, the family say that when they went to RAB-5, they were told that “higher officials are involved here so you need to go to the MP.” The local MP then assured them that Pramanik was alive and would be returned soon and that for Pramanik’s safety they should not talk to “human rights groups.”

— The brother of Sheikh Mohammad Moazzem Hossain Tapu, picked up in January 2016, said that on two occasions members of the Special Branch of police came to his office and told him that his brother would be returned after the election.

— The family of Nur Hassan Hiru picked up in June 2011 said that they heard from a contact within the Rapid Action Battalion that he had been picked up by RAB-7 and was then transferred to RAB-1. In 2018, they heard from the same source that Hiru was still alive and that he would be released eventually.

— Mohammad Imam Hassan was in RAB custody in March 2012 after its officers rescued him from kidnappers. His father, Amin, called RAB-2 who confirmed to him that indeed they had his son. But when Amin and his wife got to the RAB-2 office in Dhaka, officers demanded Taka 100,000 ($1,180) for rescuing Hassan. Amin said he was able to give nearly half the amount but still Hassan was not released.

In two cases, family members saw or spoke to their detained relative after they were picked up and while in state custody, before their whereabouts became completely unknown. On the night of August 5th 2016, Sheikh Mokhlesur Rahaman Jony was detained in Satkhira by Sub-Inspector Himel Hossain. Jony’s wife, Jesmin Nahar, said that when he was detained she visited him each day for three days at Satkhira Sadar Police Station, bringing him food. Then, when she went to see him on the fourth day, August 8th 2017, he was not there.

In February 2014, Mohammad Ismail Hossain was allegedly picked up by RAB. About two weeks later, his wife said she received a letter in her husband’s handwriting telling the family to pay Taka 20 million (about $237,000) to Lt. Col. Tareque Sayeed Mohammad, the then-commanding officer of RAB-11, if they wanted Ismail back alive. Begum said she went to Lt. Col. Tareque and told him that they had managed to collect Taka 10 million (about $118,000), but she says Lt. Col. Tareque refused anything below Taka 20 million, threatening them if they disclosed anything to the media that Hossain would not be freed alive. Tareque was arrested in April, weeks later, in relation to the seven people who died after being picked up in Narayanganj.

In addition, one family had two brothers who had been picked up and disappeared on two separate occasions — Miraz Khan in April 2012 and Firoz Khan in August 2012.

In another case, it appears that three men were picked up and disappeared simply because their vehicle had an accident with a RAB vehicle: Mohammad Hasanul Islam Hasan , Mohammad Bozlur Prodhan, and Mohammad Mintu Prodhan.

At the end of 2021, Bangladesh media reported that Anisul Huq’s law ministry was involved in an investigation in the WGEID cases. Since then, a number of families of the disappeared have claimed that police have come to their houses and tried to get them to sign a statement questioning their original claims.

Table of 86 men who were allegedly picked up by law enforcement authorities and whose whereabouts remains unknown. (Source, HRW) 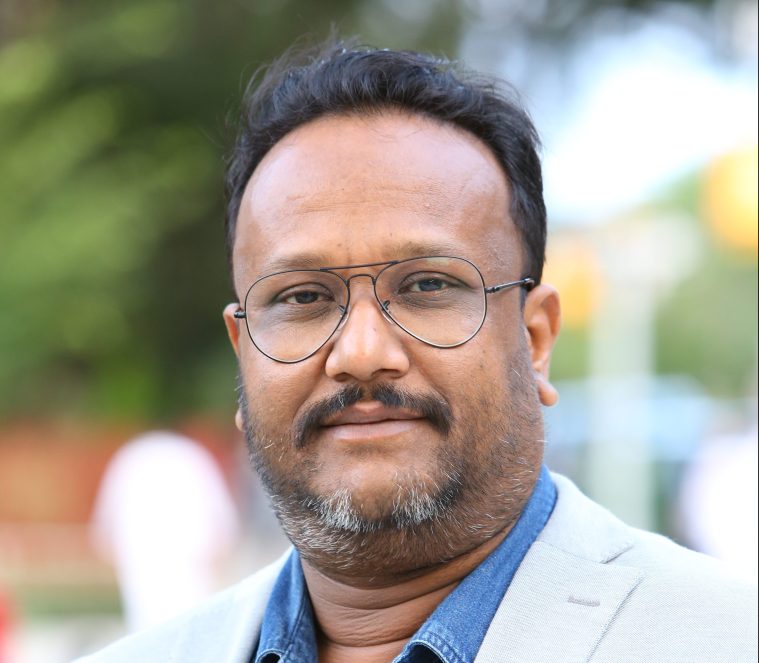 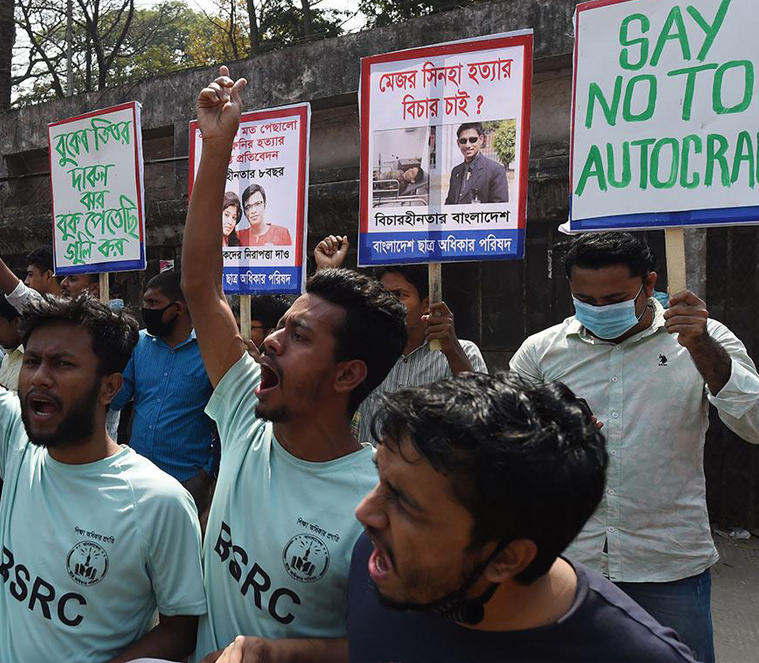 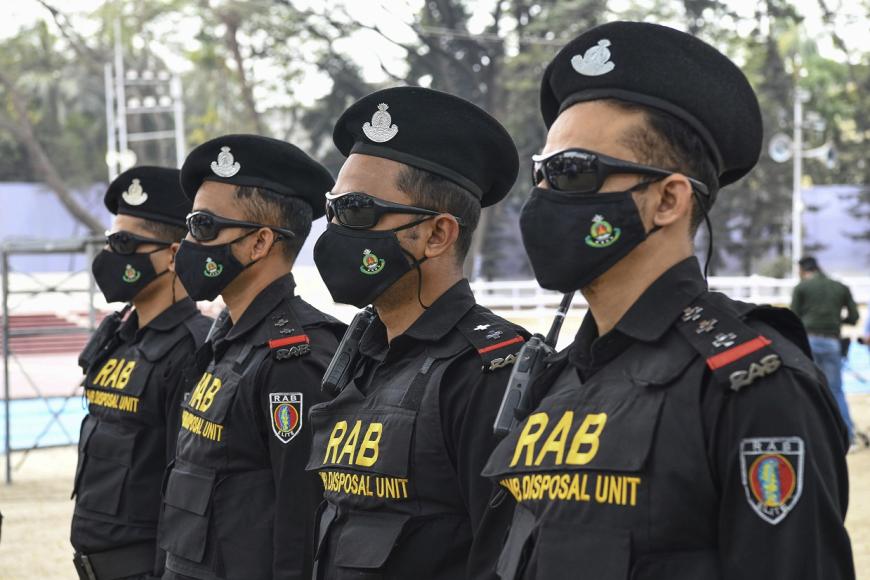