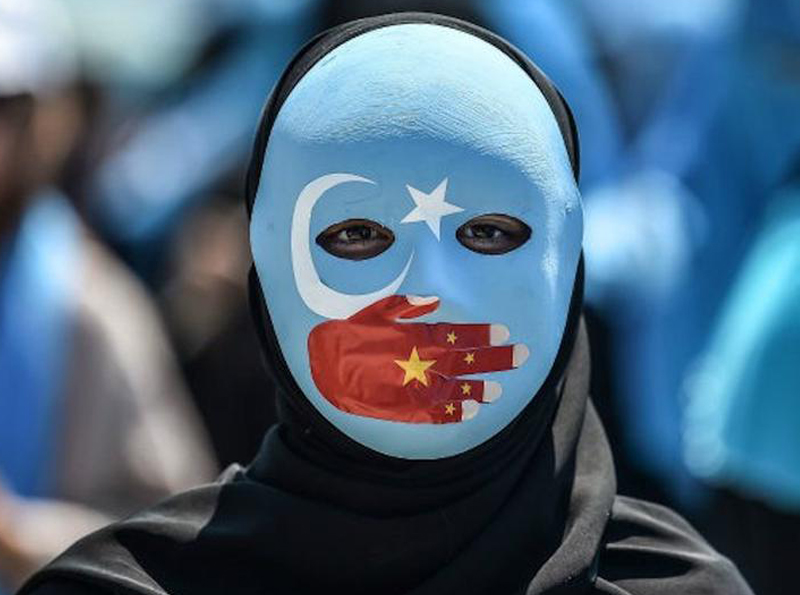 Sweden has emerged as a safe haven for ethnic Uighurs fleeing political, racial and religious repression in China

The Stockholm suburb of Rissne would seem an unlikely place to keep alive the culture and language of Uighurs, who are faced with political and racial repression in their Xinjiang homeland in China.

Yet many of Sweden’s nearly 2,000 Uighur immigrants hold regular political and religious meetings, celebrate family events and teach their youth to speak their native tongue here.

Those are freedoms few Uighurs enjoy in China’s northwestern Xinjiang region. There over one million of the ethnic group’s members are currently contained in detention facilities, where Beijing systematically suppresses and undermines their Muslim faith and practices.

“In 2014, the Chinese government began to implement more hardline policies towards us and other non-Han ethnic groups,” says Nijat Turghun, a Uighur community spokesperson in Sweden. “Now, China [says it] should have only one culture and be only one nation.”

In July, China’s State Council issued a white paper entitled “Historical Matters Concerning Xinjiang” in which it claimed that the Muslim majority region has “long been an inseparable part of Chinese territory” and that the region’s Uighurs “formed through a long process of migration and integration.”

They are “part of a Chinese civilization” and “Islam is neither the indigenous nor the sole belief system” of the Uighurs, the paper said.

Non-Chinese historians acknowledge that the Uighurs are a Turkic people related to similar ethnic groups in Central Asia. Control over the Xinjiang area changed hands several times between foreign invaders and local warlords until China’s Manchu-led Qing dynasty conquered it and established a province called Xinjiang, or “the New Frontier”, in 1884.

But the remote area always remained under only tenuous central government control and even after the communist takeover in 1949, Xinjiang was proclaimed an autonomous region of China’s new people’s republic.

James Millward, a China scholar and historian at Georgetown University, wrote an op-ed published in the New York Times on October 1 that recognized China’s relatively tolerant previous tradition of accepting ethnic diversity, in which no fewer then 55 nationalities were recognized in addition to the majority Han when Xi Jinping became the ruling Communist Party’s general secretary in 2012.

Today, however, Xi’s government is promoting a less tolerant pan-Chinese identity known as Zhonghua while the Han language has been rebranded Guoyu, or the “national language,” Millward noted.

Bilingual education has been abolished not only in Xinjiang, but also in other ethnic minority areas such as Tibet in Xi’s often abusive assimilation drive.

Millward and others believe that Xi is playing with fire, as he has apparently not learned from China’s previous communist rulers and emperors that ethnic diversity has always been the country’s strength, not its weakness.

Nijat Turghun and other Uighurs interviewed by Asia Times in Sweden all have relatives in Xinjiang who have been abducted from their homes and sent to so-called “reeducation camps.” Others have disappeared without a trace, they say.

Abdulla Kokyar, a Uighur based in Rissne, says that the Chinese government is targeting both people suspected of being “separatists” in pursuit of a so-called East Turkistan and religious teachers who adhere to some pan-Turkic vision of a large state in Central Asia where all people of Turkic origin live.

The latter vision does not seem to have many adherents among the Uighurs in Sweden, but, as Nijat Turghun put it, “the Chinese have not managed to integrate us. No one wants to belong to China. We want to rule ourselves.”

It’s unclear how many detainees are now being held in the Xinjiang camps, which some rights groups have likened to concentration camps. Adrian Zenz, a German China specialist, believes it could be as many as 1.5 million.

The repression has reportedly intensified since Chen Quanguo, a hardliner, was appointed as governor of Xinjiang in 2016. The Chinese government claims the purpose of the camps is to counter extremism and terrorism.

Security analysts would argue that it is precisely that kind of arbitrary detention and harsh treatment that breeds extremism – as it did in Abu Ghraib prison, where the United States interned thousands of suspected Islamic extremists after its invasion of Iraq in 2003.

China has consistently dismissed reports of maltreatment of the detainees, claiming instead that the camps were designed for “vocational training.” Skeptics have been disabused as more information has come to light on the camps.

Olsi Jazexhi, an Albanian university lecturer, was first skeptical of Western media coverage of mass incarcerations and reports of torture and executions in the camps.

He was invited by Chinese authorities in August last year to see firsthand what was happening in Xinjiang — and changed his mind after visiting the camps.

On his return to Europe, Jazexhi told Radio Free Asia, “I went to China with the good intention of countering the narrative we hear from the West, but what I saw was really horrific.”

The government was implementing a policy of punishing the Uighurs for merely being Uighurs, he said. Jazexhi had expected to see suicide bombers and terrorists but found only innocent people.

“I began to understand that China built these centers to sinicize the Uighurs. If they want to get out of the internment camps, the condition is that they must renounce their Uighur identity, God, their belief in Islam, their Uighur language, and instead always speak in Mandarin Chinese and acknowledge the supremacy of the Communist Party,” Jazexhi said in the RFA interview.

That sentiment is echoed by the exiles in Rissne, though many of them say that it has become nearly impossible to contact their relatives back in Xinjiang.

“They are terrified when we call them – and then change their phone numbers,” said Budishahan Wittig, another Uighur exile in Sweden. “We now know that they can be sentenced to ten years’ imprisonment for simply talking to us.”

The reason why there are so many Uighurs in Sweden is because of its liberal refugee policies. There are other Uighur communities outside China, notably in ethnically-related Turkey, but there they are not as free to be politically active as they are in Sweden, where they can meet with media and talk freely about the situation in their homeland.

Although the Uighurs in Sweden are reluctant to criticize their religious brethren in the Muslim world, it is clear that they are disappointed by the lack of response from leading Muslim countries.

In Pakistan, Bangladesh, Iran and the Arab world, there are frequent protests against Israel’s treatment of the Palestinians, India’s Kashmir policies, the persecution of Myanmar’s Muslim Rohingya and even the plight of Muslim communities in southern Thailand and the Philippines.

But few, if any, have galvanized around the Uighurs and their dire situation in Xinjiang.

In one surprisingly candid statement, Malaysia’s Prime Minister Mahathir Mohamad said in an interview with Turkish media in July that condemning China over its treatment of Uighur Muslims “would not achieve anything,” an utterance that drew criticism from rights groups. “We do what we can. We don’t knock our heads against a stone wall simply because it is there,” he said.

Even the US has been warned by Beijing not to speak out about the Uighurs. On October 30, China’s UN ambassador Zhang Jun “sounded a warning note over trade talks with Washington after the US joined 22 other countries at the UN in criticizing Beijing over the detention of ethnic Uighurs and other Muslims,” Reuters reported.

According to security sources in Stockholm, the Chinese embassy there keeps a constant and vigilant eye on the Uighurs’ activities in Rissne, which are confined to cultural work and advocacy.

But as repression continues in their homeland of Xinjiang, Uighur culture is being sustained in a Stockholm suburb with lookalike apartment blocks, and where a majority of the inhabitants are migrants and refugees from other countries. That owes in large part to freedom of expression Uighurs do not enjoy in China.

“The Chinese Communist Party has the same mentality as the Islamic State,” said Budishahan Witig, rejecting Beijing’s frequent portrayal of Uighurs as extremists and terrorists. “The CCP as well as the IS reject diversity, want to crush all opposition to their rule and believe they – and only they – are guardians of the truth.”