Where the Uighurs are free to be 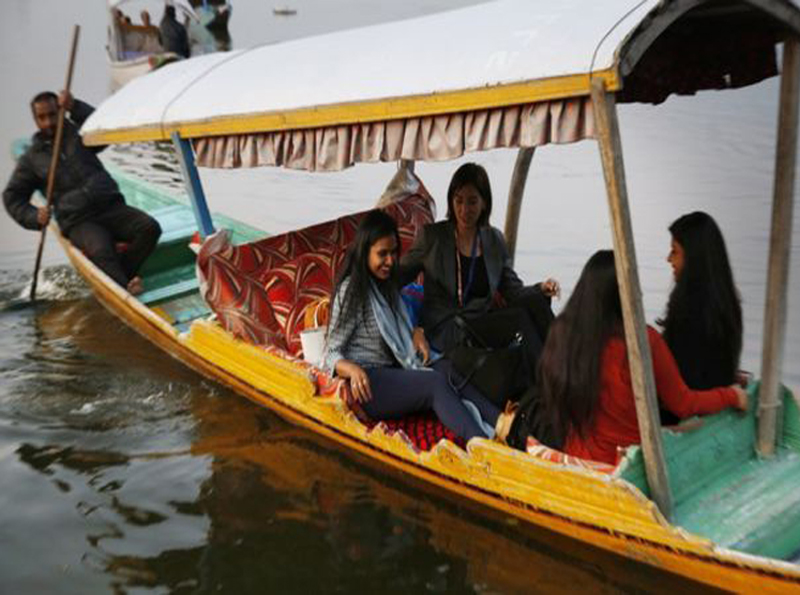 A group of largely right-wing European parliamentarians (MEPs) have visited Indian-administered Kashmir, prompting outrage from local politicians who have not been allowed to go.

The visit has been criticised as nothing more than a PR stunt.

This was the first international delegation to visit the region since August, when India’s ruling Hindu nationalist Bharatiya Janata Party (BJP) stripped the state of its autonomy, splitting it into two federally run territories and locking it down for weeks.

On Tuesday, the day of their arrival, the MEPs were given a tightly controlled tour of Srinagar – the main city of the region – which included a boat ride on the picturesque Dal lake.

On the same day, five civilians were killed by suspected militants, while clashes with security forces were reported from about 40 locations around Srinagar.

Who were the visiting MEPs?

The delegation initially comprised 27 members from countries including the UK, Spain, Germany, France, Italy and Poland – although four decided not to visit what has been India’s only Muslim majority state and returned to their home countries.

But the choice of parliamentarians, many of them nationalist and anti-immigration, has been seen as extraordinary by many observers.

More than a third of the delegation were from openly far-right parties in Europe, which are regarded as anti-Muslim. Among them were two MEPs for the Alternative for Germany (AfD) and six from Marine Le Pen’s National Rally in France.

This has led to a slew of criticism from Indian opposition parties including Muslim leader Asaduddin Owaisi, who questioned the point of sending “openly fascist” MEPs to the region.

The EU parliament stressed the visit was not an official one and the MEPs had visited in a personal capacity. Among those on the trip were six members of the nationalist Law and Justice party which rules Poland and four members of the UK’s Brexit party, which wants the country to leave the European Union.

Chris Davies, an MEP from the UK’s Liberal Democrat party, said his invitation had been rescinded after he sought unfettered access to go anywhere and speak to anyone he wanted.

He later told the BBC’s Gaggan Sabherwal he had “not [been] prepared to take part in a PR stunt for the Modi government and pretend that all is well”.

What did they do in Kashmir?

The group were housed in a luxury hotel by the Dal lake – one of Kashmir’s principal tourist attractions – and were driven around under heavy security.

They met about 15 hand-picked delegations, including traders and students, before being taken on their boat ride.

Meetings were held in a hotel next to a guest house where the state’s former Chief Minister, Omar Abdullah, was being held under house arrest, some reports pointed out.

Despite the government desire to showcase normalcy, however, correspondents say the roads were largely deserted and markets shut. The BBC’s Riyaz Masroor says that as soon as word of the visit got out, announcements were made through mosque loudspeakers that there would be “no morning shopping” to protest against the “wrong portrayal of Kashmir’s situation”.

The visit coincided with the holding of examinations for Kashmiri students.

“Just a day before, the timing for the exams was changed from 11 in the morning to 12:30 [pm]. Parents here believe the timing was rescheduled to ensure traffic on roads,” our correspondent adds.

Why was their visit so controversial?

Opposition politicians including Rahul Gandhi of the Congress Party who tried to visit the region while it was in lockdown were turned back at the airport.

Those who were allowed in, like former Chief Minister Ghulam Nabi Azad, could only do so after approaching the Supreme Court.

After returning, Mr Azad alleged he had not been allowed to move freely, and that people had been warned against speaking to him.

“The BJP’s nationalism is strange, allowing European MPs to visit and interfere in Kashmir while Indian MPs are sent back from the airport,” Congress leader Priyanka Gandhi said in a statement soon after the visit was announced.

And it is not just local politicians who have been barred. US Senator Chris Van Hollen was refused permission to visit the region earlier this month, and the United Nations has also not been allowed to send any observers or fact-finding missions there.

Foreign journalists, even from news organisations based in India, have been refused permission to visit the region as well.

“Embassies of EU countries in Delhi have been seeking permission to visit Kashmir for the past two-and-a-half months, but Delhi is adamant that it doesn’t want outside intervention of any manner in Kashmir. Now that Modi chose to invite his friends from the EU, how can he stop Americans, United Nations and other European countries from coming to Kashmir if they wish an unguided tour?”

What does India get out of this visit?

The idea seems to have been an effort to control the conversation around what is happening in the region. The government has repeatedly stressed that life is back to normal in Kashmir.

Even at the height of the lockdown, it frequently denied reports of protests – despite evidence to the contrary.

Prime Minister Narendra Modi, who met the MEPs on Monday, said the visit “should give the delegation a clear view of the development and government priorities of the region”.

Although the move to strip the state of its semi-autonomous powers was widely welcomed in India, Kashmiris have criticised it, and there has been some international opposition, particularly from liberal lawmakers.

Although there has been little outright condemnation, the EU has urged the Indian government to lift restrictions, restore internet access, and free politicians and individuals detained after 5 August. The US has also just held a congressional hearing on the issue.

Among the criticisms is the fact that thousands of people, including three former chief ministers of the state, have been detained.

India has maintained that its actions in the region are an “internal matter” but Pakistan in particular has made it an international issue, raising it at several high-profile forums including the UN General Assembly.

Indrani Bagchi, a columnist with the Times of India, quoted sources in the government as saying that the exercise was partially meant to combat Pakistan, which regularly “ferries international diplomats to influence opinion against India”.

However, some analysts say the choice of MEPs could work against India in this regard.

David Devdas, writing for the Wire website, said: “Since most of the Members of European Parliament chosen for a trip to Kashmir belong to relatively xenophobic political groups in their countries, their endorsement may actually turn out to be counter-productive.”