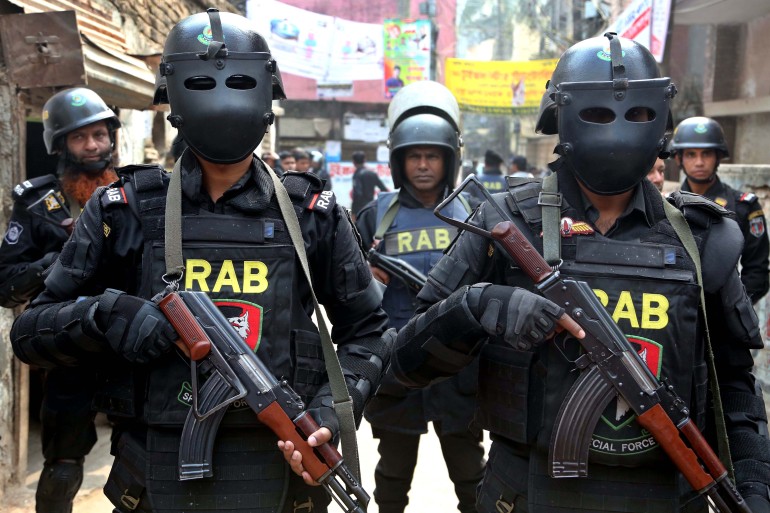 For the US, the question is how to be aggressive enough to keep some democratic alleys open for the future.

As far as I could tell, most Bangladeshi leaders were not particularly upset that their country did not get invited to the Summit on Democracy held by US President Joe Biden the last week of December. But they were outraged by the sanctions the US placed, just after that summit, on seven of the leaders of the Rapid Action Battalion (RAB), Bangladesh’s version of an elite paramilitary police force which is responsible for numerous disappearances and/or deaths of dissidents and government opponents over the past decade or longer. The predations of the RAB have been the subject of numerous reports by international human rights agencies such as Human Rights Watch and Amnesty International, as well as annually recorded in the US State Department’s Annual Human Rights Report on Bangladesh.

While these various reports are probably not read by the bulk of the Bangladesh population, they circulate widely through the intellectual community and the media. There is no secret to the long record of human rights abuses by RAB. Yes, there is some ambiguity about the support that the RAB received from the US, some other Western governments, as well as India, when it was created in 2004 as a counter-terrorist force. Terrorism in South Asia was high on the list of issues the West was concerned about. In other parts of the region, particularly in Pakistan and Afghanistan, terrorism was leading to insurgencies menacing political and social stability. But this was short lived in Bangladesh. While some argue that the RAB was needed then, looking back the threat looks illusory; but it certainly was attractive to Western allies.

Looking back at history from another angle, however, puts a very different light on the development of the RAB. Most readers know the history of Bangladesh’s slow but inexorable politically clear deliberate drift toward authoritarianism. I, and others, have described it in these pages often. Starting in 2008, when the Awami League (AL) was elected with a large majority, after the 2007-8 military interregnum (a turn back toward democracy, many of us thought), the AL has steered a careful and cautious but unerring course away from democracy. In that first term, Prime Minister Sheikh Hasina’s main objective was to get rid of the Caretaker Amendment (which she had demanded a decade earlier), which would have ensured reasonably free and fair elections. When the opposition boycotted the next election because of the removal of that amendment, the AL with no restraints left on cheating, marched to an even greater victory. And the most recent election was a farce that made Bangladesh a de facto one-party state, a state that seemed not only to identify with authoritarians, but which resembled one in almost all ways, especially in its repression of opponents, of the media, and of any sign of dissent.

Clearly this is the reason that the RAB was useful to the government from 2008 onward, despite the opprobrium it brought on Bangladesh from Human Rights agencies and advocates. Being created as an anti-terrorist organization, unofficially licensed to use the violent tactics of terrorism against putative terrorists, it became instead a violent terrorist unit against those citizens of Bangladesh which are marked as opponents of the government and described therefore as “terrorists.” The RAB became the main muscle of a state authoritarian in all respects except its self-identification.

And, of course, the outside world that Bangladesh has been dealing with has also changed in radical ways. I wasn’t involved personally of course, but I assume the sequence of US involvement went something like this: the US, which had focused on terrorism when the RAB was created, supported it against critics like the human rights agencies early on, because it thought the RAB was useful as an anti-terrorism tool, then took to reforming it to explain to Congress why it was still defending it (many “training” programs which its leaders obviously just winked at), to forceful diplomatic demarches and threats but no action to stop it from the many excesses, to nonchalance (Trump Administration).

Biden said at the beginning of his administration that he would make democracy and human rights at the center of his foreign policy. It took the Administration a while to get around to it. The long wait may have been the terrible shape in which Trump left the State Department. And the continuing trouble the Biden Administration is having getting high-level echelon (political) appointees confirmed because of Republican tactics in the Senate. Though things appear to have speeded up somewhat, there remain a large number of officers, mostly those who are professional diplomats, awaiting Ambassadorial Assistant Secretary confirmation. The new Ambassador to Bangladesh has just been confirmed and will arrive at post next month. And, by the way, a new Ambassador to Pakistan has finally been named, but not confirmed yet. I believe there hasn’t been a regular (nominated and confirmed) Ambassador to Pakistan since 2018. That’s how badly the Trump Administration screwed things up at the State Department.

As to Bangladesh, I assume that readers are interested in two questions: one, will these sanctions, and perhaps more (this may not be over yet, as I will explain below), make any difference in whether Bangladesh continues its political direction towards one-party authoritarianism; and two, will it turn US-Bangladesh relations into a hostile relationship? I suspect the answer to both questions is, not really.

I think Sheikh Hasina is far too close to her lifetime objective— which to me has appeared for some years now to be the perpetual rule of Bangladesh by the family of the ‘Father of the Nation.’ Every decision she has made along the way from 2008 until now points to that obsession, from the deification of Mujib, to the final destruction of the major opposition party, to the establishment by means different from Mujib of a one-party state. This does not mean that I think that Bangladesh will remain forever an autocracy under her and her family. I suspect, however, that she has locked down the nation so successfully that fear reigns among potential rivals for power, and the instruments of repression are so efficient that no opposition can form while she is still in power. But whether this efficient mechanism of repression will hold together when she departs the scene is quite another question. I doubt that it can, as it seems to have no ideology except self-aggrandizement, which is a self-destructive ideology once the sole ideologue is gone.

And will the US-Bangladesh relationship deteriorate into serious hostility? In this case, hostility does not mean violence, because the US is not interested enough in Bangladesh to resort to violence, even if Sheikh sold her country’s soul to China. But she would not do that, as she wants Chinese money (don’t we all?), but not enough to undercut her own obsession with perpetual family rule. For the US, the question is how to be aggressive enough to keep some democratic alleys open for the future and save as many lives as possible for a viable opposition when the time comes for that to be relevant to the country’s future.

One document which gives me an idea for a future US political strategy is a quite brilliant paper, done for the Carnegie Endowment for International Peace by my friend Ali Riaz, entitled “How Bangladesh’s Digital Security Act is Creating a Culture of Fear.” I draw in this paragraph from Ali’s article. The act is relatively new, having pulled together by the government in 2018 several previous acts which were already draconian in their censorship of dissent or criticism of the government. Thus, it turned out to limit speech even more that the predecessor laws had by “giving law enforcement agencies the power to arrest anyone, search any premises, and seize any equipment without a warrant, requiring only suspicion that a crime had been committed using social media.” Furthermore, “it allows the government to order the removal and blocking [of] any information or data on the internet that it deems necessary, thereby providing broad scope to silence those critical of its policies or data on human rights violations.” In the three years since its promulgation, more than 1,500 cases have been filed under this law. Over 25 per cent of these concerned journalists; 30 per cent were politicians (clearly opposition). Of course, there are many others which are not documented.

The US has a serious interest in keeping Bangladesh out of Chinese clutches, which must temper its enthusiasm for its revived promotion of democracy there, but I believe it will be the other main, if not the main item on the agenda.