Bangladesh: The Quagmire Of The CAA And The NRC by Sabria Chowdhury Balland 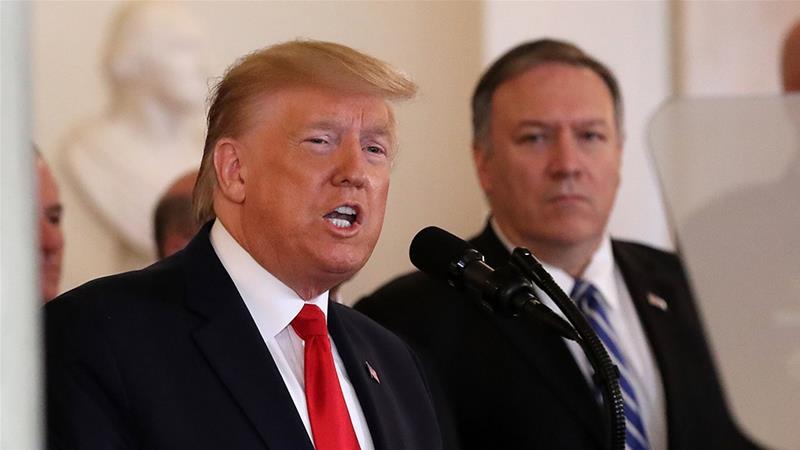 I was disconnected, electronically and, to some extent psychologically, from current events during December. I have now reconnected, and being so has its downsides. As I came back online, President Trump had another brain cramp and appeared to be preparing to start a war with Iran. I guess we came about as close to war as possible without actually going to war.  The Iranians wisely decided to de-escalate the tit-for-tat face off that had started several months earlier. Trump blusters, threats one moment and says he doesn’t want war with, or regime change in, Iran the next. How did he get so confused about Iran?

In the last day of two, a humorist in the New Yorker magazine wrote, satirically, that the Iranian Supreme leader Ayatollah Khamanei must be wondering why he is the only authoritarian leader in the world that Trump doesn’t like. That is an interesting question. All other authoritarian leaders, from the big ones like Jim Jung-un, Xi Jinping, Vladimir Putin, Recep Erdogan, Viktor Orban, (even maybe Bashar al-Assad), to the smaller, less recognized ones like Sheikh Hasina, have escaped Trump’s ire.

Before I write further about this phenomenon, I need to point out that I am not defending Khamanei and most of the Iranian leadership. They are not to be admired, having turned Iran from a normal state into a revolutionary movement, and seem determined to use their proxies to become the hegemon of the middle-east region, to destroy the state of Israel, and to emasculate the Sunni Arab states. And to do this, they need to drive the US out of the region.

Iran has some legitimate grievances from the past, starting with the US/UK inspired overthrow of the Mossadegh government in 1953, and the invasion by Iraq in 1980 to overthrow the revolution which most of the major powers, including the Soviets, supported. There is reason why it might have felt surrounded by enemies then, but that can hardly be argued now. The 1979 revolution not only survived, it turned offensive, and has turned outward in toxic ways. It has pursued aggressive aims and policies in the Middle East and is the cause of much turmoil and the deaths of many Iraqis, Syrians, Lebanese, and other middle easterners; and since the US unwisely perhaps became involved militarily in the region, of many Americans. Qassem Suliemani, who Trump decided to have assassinated on January 2, was perhaps the next highest the Iranian after the Ayatollah, in the Iranian leadership hierarchy. He has been, in the past decade, responsible for a great many of those deaths and deserves no laurels. Despite his prestige, however, he was a soldier following orders. But while Iran has to be dealt with, and somehow redirected and integrated into a peaceful Middle East (there won’t be one if it is not), neither assassination nor war is the way to bring peace to the region. War is almost never the answer, something we humans seem to have to learn over and over again.

President Trump’s decision to assassinate Qassem Suliemani was surely an act of war. Most legal scholars agree on this. Was that in Trump’s mind when he made the decision? We will never know. Had the Iranians responded as expected (and threatened) we would surely be at war now. But Iran muted its response into a symbolic one, a ballistic missile attack on two American bases in Iraq; the missiles seem to have deliberately targeted parts of those bases known to be uninhabited. Can the Iranians shoot that straight? Well, I have seen information that most of the missiles they fired at the Saudi oilfield a few months ago hit within a meter of their target. Their muted response, though accepted by Trump as a sign Iran wants to de-escalate, was sullied by the shooting down of the Ukrainian airliner several hours after those missiles were fired. This was surely a mistake (probably a trigger happy anti-aircraft missile defense commander, but also the fact that the government did not close Iran’s air space while its defense facilities were on high alert). Recent news said that the tragedy has  brought out anti-regime demonstrators in Tehran, which adds some more ambiguity to the story.

Now we may have two governments in a “wag the dog” mode. For those readers unfamiliar with the term “wag the dog,” it is a journalistic term of art, popularized by a movie of that title about a US President who started a war because he was about to lose re-election. President Clinton tried to distract the Congress and the public with a similar attack at the height of his impeachment trial, so the tactic and the colloquial term for it has some currency. There was an immediate reaction among most of the Democratic opposition that Trump probably took the worst option offered him by his advisers – which was to assassinate the second most important leader in Iran, in response to an Iranian proxy attack on the US Embassy in Baghdad, which almost penetrated its inner defenses (in an Embassy believed to be almost impregnable) – because he is facing an impeachment trial in the Senate quite soon as well as a re-election in which he is running behind several of the possible Democratic candidates. The attack on the Embassy, of course, evokes memories of the 1979 takeover of US Embassy in Tehran and the taking and holding of about 150 hostages for over a year.

While domestic politics may have been on the president’s mind (they rarely seem not to be), I suspect there were other things that also drove the worst decision he has made in a tenure of bad decisions. Political analyst Evan Osnos has unearthed a recording of an interview that Trump did about 40 years ago, when he was a complete foreign policy neophyte just getting into politics, in which he says that the US should have invaded and taken Iran over the hostage situation. It seems he has a long history of being warlike and bellicose when it comes to Iran. In addition, some great investigative reporting by the American press into the deliberations that preceded the assassination decision has shown clearly that his entire team of advisors for decisions of great international and national magnitude is now made up of ideologues, security officials totally out of their depth and/or toadys who support any decision he makes. There is no one with the experience and depth to provide the caveats and likely domestic and international repercussions that surround such options.

The adverse reactions at home and abroad were, of course, predictable as well as strong and compelling. Among other serious fallouts is the fact that the Iraqi legislature has demanded that the Iraqi government require the US forces to get out, which would be a powerful blow to our interests in dealing with ISIS and pushing back against the very clear increase in Iranian influence, which was already pretty powerful. The administration has rushed to justify the action because of intelligence that supposedly showed the likelihood of “imminent attacks” on US facilities but its briefings of Congress have been entirely unconvincing. One very conservative Republican Senator, Mike Lee of Utah, came out of the briefing saying it was the worst briefing he had ever witnessed. And the facts keep changing: first it was imminent attacks on our facilities; then on our embassies in the Middle East, though this was not mentioned at the Congressional briefing; and in today’s news, the Secretary of Defense says he had not seen any intelligence about such attacks at all.

And the final, tantalising, fragment is: what was Soleimani doing in Iraq? The Iraqi president said he was involved in supporting an Iraqi effort to mediate truce between Iran and Saudi Arabia. If that is true, and it has been generally discounted by most observers, the harm Trump has done to the Middle East, and to US interests there is even worse that it appears on the surface.

And so, I wonder if being reconnected is all that good an idea. T.S. Eliot wrote, “This is how the world ends, not with a bang but with a whimper,” but I feel like the year has started with both a bang and a whimper. Happy New Year.