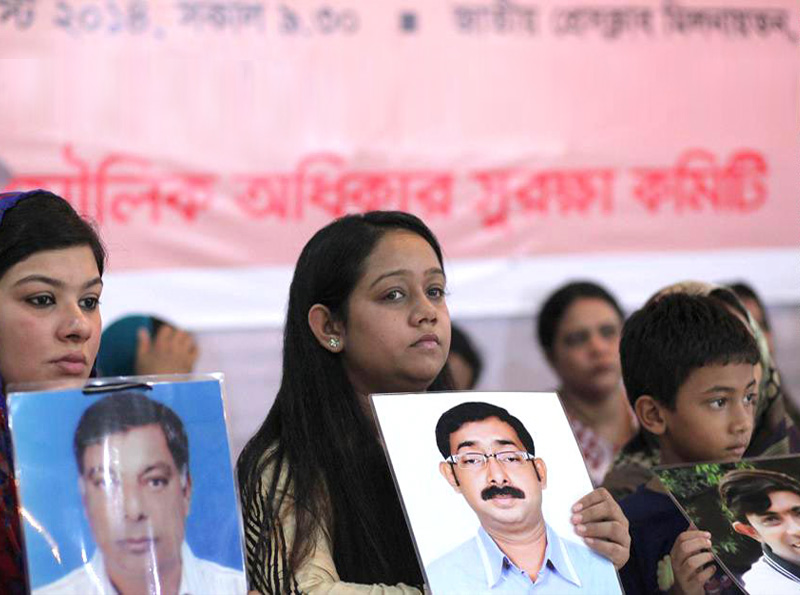 Bangladeshi authorities have allegedly killed 466 people in 2018 under the guise of an anti-drugs campaign in what appears to be a wave of extrajudicial executions, said Amnesty International.

In a new report released on Monday, the organisation said there are allegations of enforced disappearance and fabricating evidence by the law enforcement agencies in these suspected extrajudicial executions.

The report, Killed in ‘Crossfire’: Allegations of Extrajudicial Executions in Bangladesh in the Guise of a War on Drugs, reveals how the Bangladeshi authorities have failed to investigate deaths of people allegedly killed in “gunfights.”

The 466 suspected extrajudicial executions in 2018 alone marked a threefold increase on 2017 and the highest in a single year in decades.

“The ‘war on drugs’ has led to the death of at least one person per day. Wherever there has been involvement of the Rapid Action Battalion it appears they have acted outside of the law, the victims were not arrested, let alone put on trial,” said Dinushika Dissanayake, deputy South Asia director at Amnesty International.

“Some were forcibly disappeared from their homes and their relatives only saw them next as bullet-riddled corpses in the morgue,” said Dinushika Dissanayake.

The report said instead of launching proper investigations into these killings, the authorities allegedly sought to fabricate evidence to support their “gunfights” or “crossfire” claims.

In interviews with Amnesty International, supposed “witnesses” revealed that they had not seen the killings but were asked by the police to provide fabricated statements supporting the police version of the deaths as having taken place in alleged “gunfights” or “cross fire”.